This is a guide to understand the basic elements of the psyche of Pakistan’s liberal and leftist classes. While both Liberal & Leftist stand opposed to each other in terms of their political ideologies globally, in Pakistan they often find themselves the real chaddi-buddies (soul-mates).

They are usually a bunch of people who are trained in the Western (English speaking) system of education. They seem to not only lack the understanding of the Pakistan’s problems, they seldom make any genuine attempt to understand it. As a result, most of them end up being ignorant and contemptuous towards Pakistani traditions.

This is the class that suffers from an inferiority complex. Owing to Pakistan’s colonial past, both Hindu and European, as well as its education system post independence, Liberal/Left bunch usually have a very low opinion of Pakistan, Pakistanis, and themselves.

They will keep finding reasons to whine about the country, many now call them the professional mourners. For example, they feel bad about Pakistan’s ‘poverty’. They don’t think Pakistan is ‘modern’ enough. They don’t find Pakistani literature at par with Western or foreign literature.

From weather to food habits, from social structure to polity and economy, They pretty much don’t find anything positive about Pakistan. If this wasn’t enough, they are always looking for both approval and answers from the West.

Most of them have an undying faith in their own (leftist) ideology and extreme intolerance towards any other. However, the most important tenet of all is their fervent rejection of anything and everything Islamic. The past 70 odd years of Leftist-Maxist hegemony over Pakistani academic system has given rise to a powerful, insular intellectual elite, a self-perpetuating intellectual caste of sort with its own preferences and prejudices.

They are rarely invested in Pakistan. Their loyalties seem to lie with whoever provides their funding. This has never been more evident than in the last 5 years or so. Most of them would rather see, seek, highlight, and cheer any negative aspect of Pakistani culture, society, economy, polity, etc., to superimpose it on the entire population. They would also do anything just to show Pakistan’s current Prime Minister Imran Khan in a bad light.

If India’s liberal & leftist classes are not able to decolonize their minds and start formulating their own independent opinion, an opinion that is not forcefit on Pakistan just to adhere to a template, they are only doing injustice and harm to the Pakistani society. 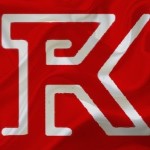 Posted by Sobia Umair - October 14, 2019 0
KARACHI: Two months after Pakistan specified about 200 accounts that were suspended by Twitter for posting content about Kashmir, the…

Posted by Sobia Umair - February 13, 2020 0
A woman was arrested on Thursday on charges of torturing a 14-year-old girl she had employed as a domestic worker in Lahore’s…

Posted by Mohammad Umair - April 29, 2019 0
The model is talking about booking her latest gig, modeling WordPress underwear in the brand latest Perfectly Fit campaign, which…

PSL vs Kashmir “The Indifference”

What This Man Did For The Woman He Loves Makes Everyone Else Look Bad.

Posted by fahadkahut - March 26, 2014 4
What’s Spanish for “I know you speak English?” First place chick is hot, but has an attitude, doesn’t date magicians.…