The Institute of Business Administration (IBA) Karachi has expelled a student for publicly reporting an alleged harassment incident on campus, causing outrage on Twitter. Many internet users protested the “gross overreaction” from the university administration and called for the decision to be immediately reversed.

A female employee of the varsity’s financial department was allegedly harassed by a male supervising employee, according to the student Mohammad Gibrail. According to a statement released on the IBA’s Facebook page, he was expelled for not using the “proper channels that are supposed to be followed” by the institute and for sharing about the incident in a Facebook post.

Gibrail’s expulsion has drawn strong criticism from many on social media. Lawyer and activist Mohammad Jibran Nasir highlighted the expulsion and said IBA has “sent a message to all female staff/students that they should never rely on any eyewitness if they face harassment, as anyone who speaks up like Gibrail will be expelled”. “At the same time it has told it is teaching it, students, to stay quiet and keep your head down when you witness injustice,” he said. 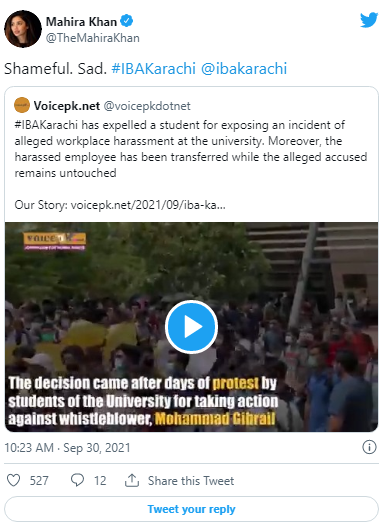 “His crime was to speak against injustice and [for] women’s rights. Disgusted and appalled by this action by IBA Karachi,” PPP leader Sharmila Faruqui tweeted angrily. 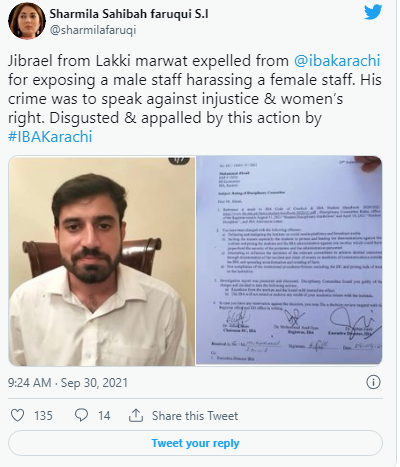 “This is a gross overreaction from IBA which must be set right,” journalist Zarrar Khuhro tweeted. “Such measures can and will only backfire.” 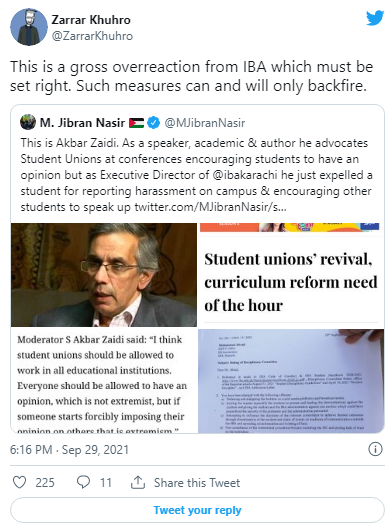 “IBA administration should be ashamed of itself,” tweeted journalist Khurram Husain. “Expelling a student for a Facebook post is the height of idiocy.” 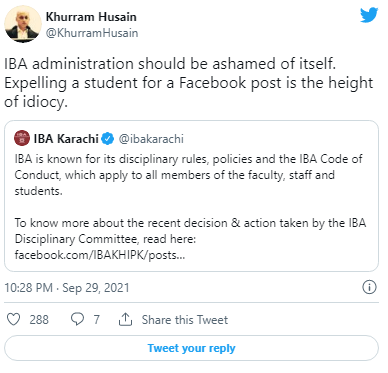 “You know your ‘disciplinary decision’ lacks merit when it needs to be ‘explained’ with this long a statement which despite its verbosity makes for little actual sense,” a tweet read. 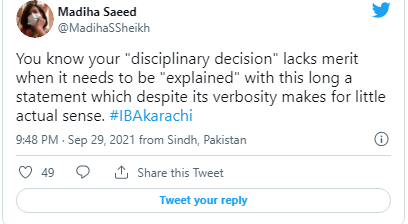 “This is a terrible and outrageous decision by IBA Karachi,” shared activist Usama Khilji. “People who speak up about harassment and abuse should be celebrated and awarded, not punished. Take this ridiculous decision back. All IBA alumni must raise their voice against this fascism by an education institute.” 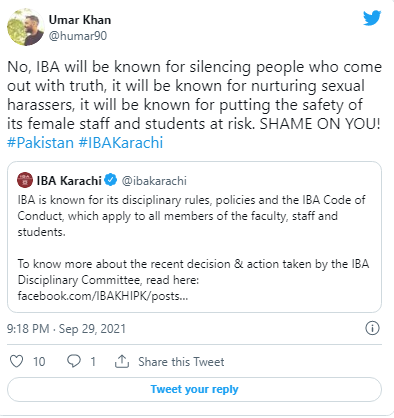 Doctor posts goodbye message on Facebook before dying of COVID-19

Posted by Republic Desk - August 16, 2021 0
LAHORE: The Lahore High Court (LHC) has imposed a ban on judicial inquiries of police encounters at the request of…