Floods have been feared in upper parts of the country with glaciers beginning to melt due to climate change, with the start of the summer season the government has directed the citizens to remain prepared.

SAPM on Climate Change Malik Amin Aslam has reached Hunza, which is amongst the zones feared to be hit hard from the floods in case of glacier meltdown, on an emergency visit to review the measures needed to handle the situation. 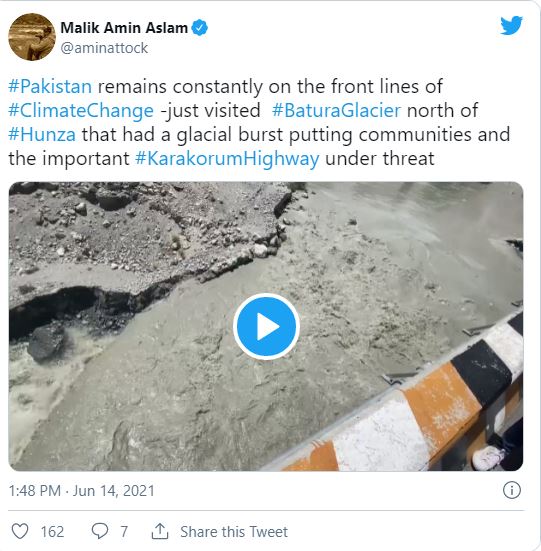 Malik Amin Aslam has engaged provincial and federal teams to remain alert in case of floods in any part of Hunza besides also making the weather alert system more functional.

The SAPM also met with the chief minister of Gilgit Baltistan to access over actions needed to handle the flood condition as the last decided to allocate funds for the purpose.

It was settled that five percent of the MLAs funds would be applied for planting trees and saving glaciers from melting down totally.

“We are devising a mechanism to safeguard populations that could be affected,” he said.

Furthermore, it is highly feared that the upper parts of Hunza will be badly hit by the floods caused owed to the meltdown.

Posted by Republic Desk - December 31, 2020 0
Karachi Traffic Police has released a traffic plan for the New Year’s Eve. According to the plan, no main roads…

Posted by Republic Desk - October 15, 2020 0
The Islamabad High Court (IHC) on Thursday has issued notice to Pakistan Telecommunication Authority (PTA) in the petition filed against…

Posted by Republic Desk - April 12, 2021 0
The Pakistan Telecommunications Authority (PTA) has directed the management of the social networking site Twitter to immediately block or remove…