KARACHI: The State Bank of Pakistan (SBP) on Thursday issued Rs70 coin to commemorate the diplomatic relationship between Pakistan and China that was established on May 21, 1951, a statement said.

To mark the occasion of the 70th anniversary of Pakistan-China diplomatic relations, the government of Pakistan decided to issue a commemorative coin of Rs70.

The central bank launched the commemorative coin in an event held in Islamabad. Foreign Minister Makhdoom Shah Mahmood Qureshi was the chief guest on the occasion. NongRong, ambassador of China was the guest of honour.

In his address of welcome, State Bank of Pakistan (SBP) Governor Dr Reza Baqir thanked Foreign Minister Qureshi and the Ambassador of China Nong Rong for their participation in the event.

It is an honour for the State Bank to become part of the tribute being paid by the government of Pakistan by issuing this commemorative coin to celebrate the diplomatic relationship between the two countries, he said.

China and Pakistan are cooperating with each other on various fronts for the common good of the people, he said, and recalled that the central bank had issued commemorative coins on the founding anniversary of People’s Republic of China, establishment of diplomatic relations between the two countries and on the occasion to mark Pakistan-China Year of Friendship.

Qureshi termed the friendship between Pakistan and China a role model for the rest of the world. He said with strong diplomatic ties both the countries have endured decades of relationship collectively and stood with each other in the wake of every tribulation.

He thanked the visionary leadership of China under President Xi Jinping for conceiving and heavily investing in the China Pakistan Economic Corridor (CPEC). Relations with China have been the cornerstone of Pakistan’s foreign policy, he added.

Nong Rong said that both the government and the people of China love their Pakistani brethren and desire to see the country making progress in every sphere of life. China and Pakistan share the same views on all important international issues, he added.

It is the fourth coin of its kind on the subject of Pak-China relations. The first coin of Rs10 denomination was issued in October 2009, celebrating the auspicious occasion of 60th anniversary of the founding of the People’s Republic of China.

The second coin of Rs20 was issued in May 2011 to celebrate the 60th anniversary of the establishment of diplomatic relations between Pakistan and China as Year of Pak-China Friendship – 2011. The third coin was issued in 2015 to mark “Pakistan-China Year of Friendly Exchange 2015.

The Rs70 coin would be issued through the exchange counters of the SBP Banking Services Corporation from June 11, 2021. The coin is in round shape milled with serrations on the edge, diameter of 30mm, weight 13 grams and has Cupro-Nickel metal contents (copper 75 per cent and nickel 25 per cent). 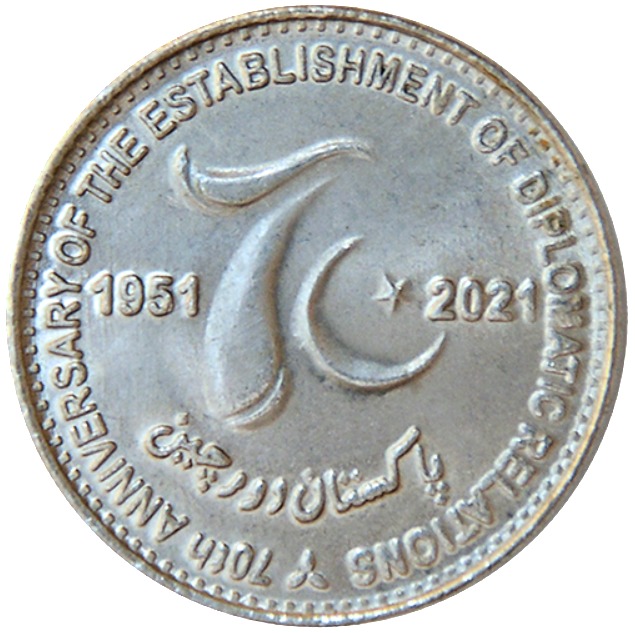 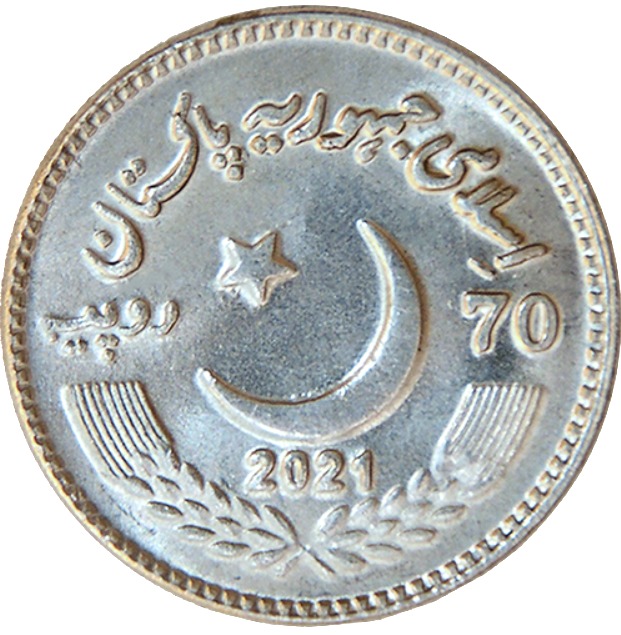 Posted by Republic Desk - September 28, 2021 0
Pakistan’s national anthem will be re-recorded by using advanced recording technology and with a large number of vocalists. This decision…