Karachi Police’s efforts to make the metropolis a city of lights once again has started to bear fruit as the law enforcement agency’s efforts against criminal elements led to the city getting ranked 106 on the International Crime Index in 2021.

The city’s police while issuing its annual performance report said that multiple policemen laid their lives to turn Karachi into the city of lights once again. 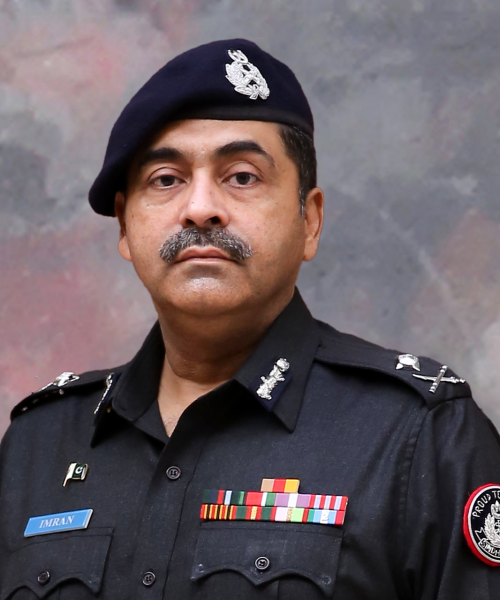 According to the data, 13 cops were martyred and 56 were injured while trying to protect citizens during robberies.

On the other hand, 46 suspects and criminals were killed in the exchange of fire between the law enforcement agency and criminals in various areas of the city. While 988 suspects were arrested and 6,088 illegal arms and ammunition were recovered from them.

The police said that it recovered at least 71,000kg of hash, 90kg of heroin, 110kg of crystal/meth and 46kg of opium from the suspects.

In 2021, the city’s police helped in ensuring that 1,731 accused involved in different crimes get convicted from the courts. The courts had handed 12 convicts the death sentence, 12 were given life terms and 10 were given 14-years prison terms.

The Anti-Vehicle Lifting Cell (AVLC) Karachi arrested 195 gangs involved in the stealing of cars and motorcycles in the city. From 4,271 suspects the police recovered 277 cars and 3,563 motorcycles, data showed.

The Anti-Violent Crime Cell (AVCC) Karachi arrested 200 suspects out of those 81 were allegedly involved in kidnapping, three kidnappers were killed in an alleged encounter.

The data showed that more than 3.7 challans were issued by the traffic police against the citizens found violating the traffic laws. The law enforcement agency also introduced women motorcycle squad and cycle traffic wardens as well.

The police helpline Madadgar-15 arrested 701 suspects via its quick response, recovered 153 illegal arms and ammunition. The helpline also played a vital role in the recovery of 188 cars and motorcycles. Apart from this the helpline also handed over the recovered six rickshaws, mobile phones and other important items to the concerned police stations.

The efforts of the Karachi Police also played a vital role in the return of international cricket to the metropolis.

The Karachi Police also acted as the first responders in various fires that occurred in the city and during the rain spells along with other rescue services.

Posted by Republic Desk - December 20, 2020 0
Gas shortages in several cities are adversely affecting the domestic and business lives of the people all over the country.…

Netflix Anime Prequel ‘Army of the Dead: Lost Vegas’: Everything We Know So Far

Posted by Republic Desk - October 6, 2020 0
Army of the Dead has yet to arrive on Netflix, but details of an anime prequel series for the movie…

Mufti Aziz Ur Rehman, Lahore police on the hunt after video

Posted by Republic Desk - June 18, 2021 0
Punjab police have directed raids on Friday to take Mufti Aziz-ur-Rehman in their custody after an alleged video of the…

FIX Appeared On The Ground Boundary Display During India VS Afghanistan

Posted by Republic Desk - November 4, 2021 0
The controversial India vs Afghanistan T20 Cricket World Cup match that is said to be a fixed match showed other…