Join Pak Army: Pakistan Army is hunting for a group of cadets for the 147 long course leading to a commission after 2 years of training at the Pakistan Military Academy (PMA).

This opportunity allows the applicants to join the Army as a commissioned officer. Interested candidates can easily apply with the smooth admission policy by applying on the official website or visiting the nearest Registration Center of the Pakistan Army.

The admissions have started on the 5th of October and the last date to apply is 6th November 2020. This 2-year PMA Long Course at Pakistan Army is geared for the applicants to learn at an accelerated pace and serve the country.

Interested Candidates can fill Application forms for the long course on https://www.joinpakarmy.gov.pk/

Last date for the registration is November 6, 2020.

Below is the details of the eligibility requirements and the recruitment process for the 147 long course.

The applicant must be unmarried. Married serving personnel of the armed forces over 20 years of age are also eligible.

Pakistani citizens and domicile holders of Azad Kashmir/Gilgit Balitstan. Candidates holding dual nationality can also apply but will have to surrender their dual nationality on final selection.

Interested candidates can apply online or by visiting Army Selection and Recruitment Centers (AS&RCs). Following procedure will be adopted:

Registration and Preliminary Tests will  held as per following schedule:

Over the course of time time there was a need to revise preliminary test which led to the revision of the weightages of written/intelligence test, physical tests and interview.

From 146 Long Course onwards, module based selection for Inter Services Selection Board (ISSB) will be carried out, for which a module is being developed at Personnel Administration Directorate. Following will be including in the initial test with weightages assigned in the module:-

Following criteria has been set for all candidates:

Passing all events as per above table are mandatory for each candidate. A candidate failing in any 1xevent will be considered as Physical Test (PT) failure and will not be given Inter Services Selection Board (ISSB) form.

Each candidate will be given marks out of 20.

A candidate securing less than 10 marks will be considered failure and will not be given Inter Services Selection Board (ISSB) form. Following guidelines are given for conduct of interview: 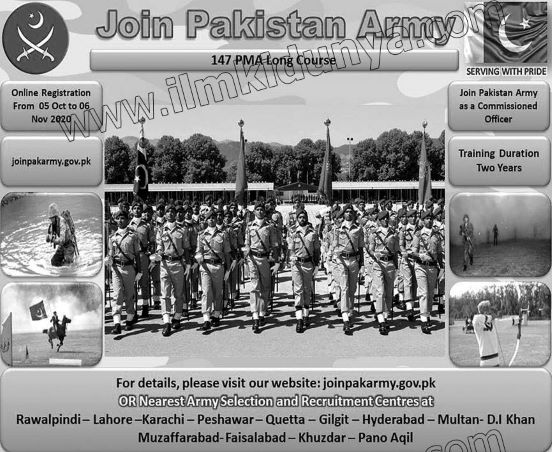 Posted by Republic Desk - April 16, 2021 0
Prime Minister Imran Khan will be visiting Sukkur on April 16. As per the details, PM Khan will arrive at…

Posted by Republic Desk - May 17, 2021 0
The federal government is considering a 15-20 per cent increase in the salaries and pensions of government employees in the…

Posted by Republic Desk - March 24, 2021 0
Three people, including a child, were killed and 13 others were injured in an explosion on a police vehicle in…

Hyderabad and several parts of Sindh run out of vaccine supply

Posted by Republic Desk - June 17, 2021 0
Several parts of the province, including Hyderabad, are facing a shortage of vaccine supply, amidst the Sindh government’s escalated vaccination…