ISLAMABAD: The Sindh High Court’s verdict to strike down the federal excise duty of 75 paisas on every mobile phone call of over five minutes’ duration was challenged in the Supreme Court of Pakistan on Monday.

The Federal Board of Revenue has challenged the decision of the Sindh High Court in the Supreme Court after the provincial court slashed the tax on mobile phone calls, Bol News reported.

It is pertinent to note that the Sindh High Court had ordered to abolish the tax on the request of various mobile companies.

The government through the Finance Bill 2021 had has slapped a tax on talking on a mobile phone for more than five minutes.

This decision attracted severe criticism from the general public, politicians and other stakeholders.

Finance Minister Shaukat Tarin while winding up the budget discussion in the National Assembly in June this year said that speaking over your cellphone for more than five minutes will be taxed at 75 paisas, but there will be no tax on an SMS.

Telecom experts point out that additional FEDs on mobile calls will affect the low-income group who has to make long calls on a daily basis to stay in touch with their families in remote areas.

According to PTA figures, there are 187 million cellular subscribers in the country, 109 million use broadband/internet and 2 million make basic voice calls only while 106 are 3G/4G subscribers. 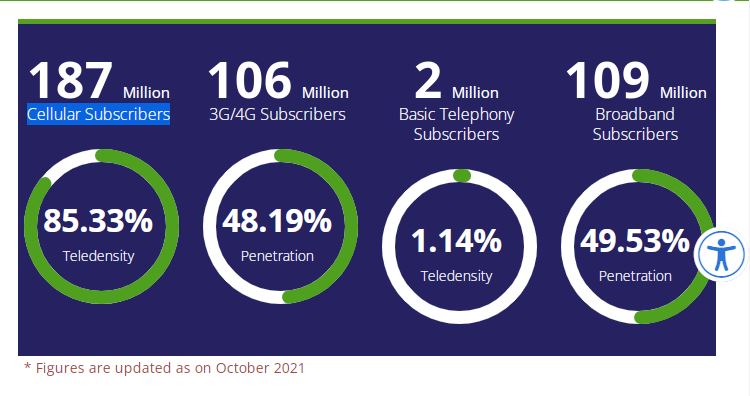 Posted by Republic Desk - October 13, 2020 0
Sunil Narine would be barred from bowling in the ongoing IPL if he is reported one more time for his…

Posted by Republic Desk - January 2, 2022 0
Policemen faced an embarrassing situation after they smashed open a window of a car to rescue a child, only to…

Posted by Republic Desk - September 3, 2021 0
In a bid to control the rising number of coronavirus cases in Islamabad, Deputy Commissioner Hamza Shafqaat announced on Friday…