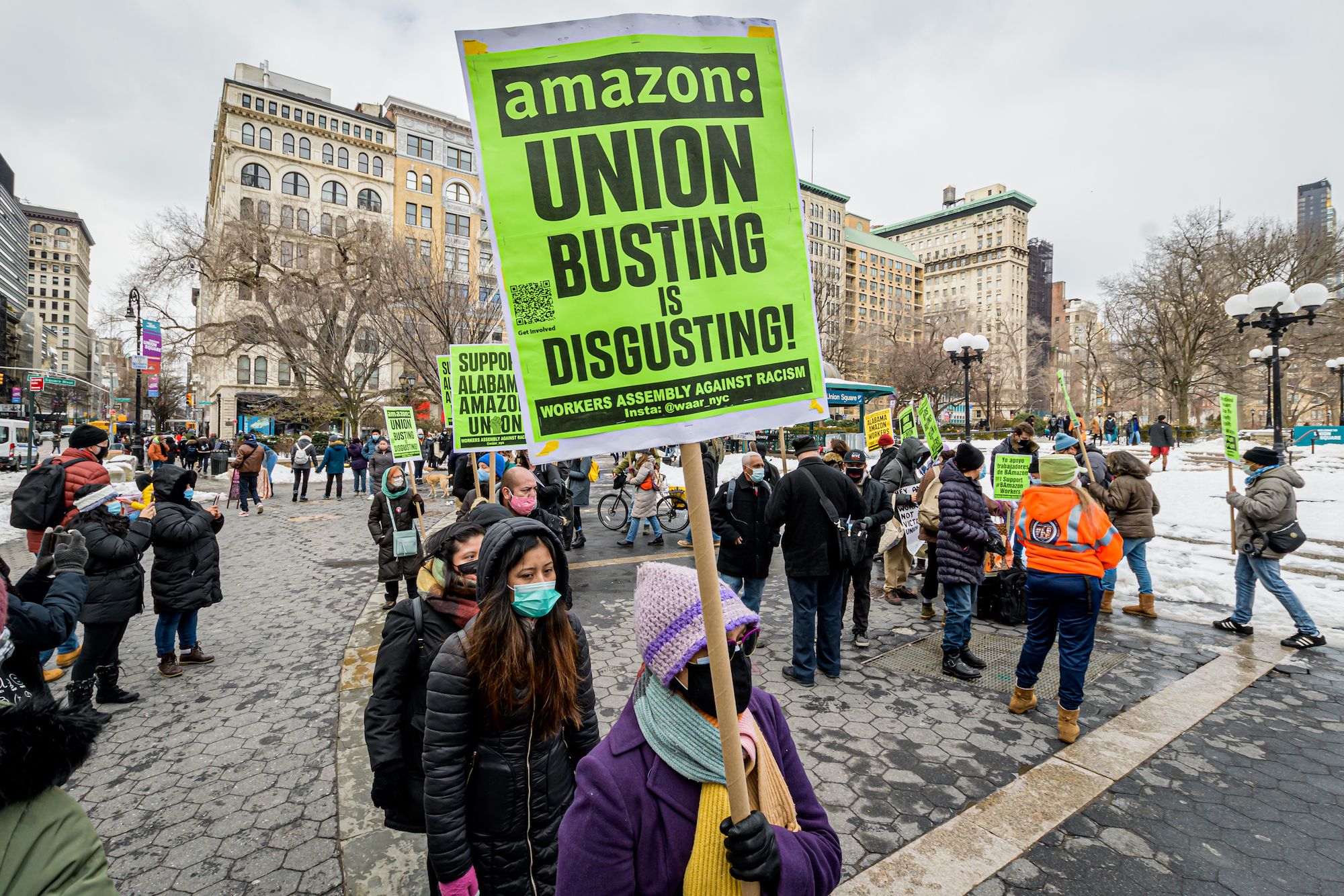 Supporters of Amazon workers attempting to unionize have a simple request: Don’t use Prime and other Amazon products for seven days, beginning today, Sunday, March 7. But it’s important to understand that the boycott call isn’t coming from the union that’s behind those workers.

Some 6,000 employees at a huge Amazon facility in Bessemer, Ala. are currently voting on whether they’ll unionize. Voting began in February and will wrap up at the end of March. Should it get approved, it would be the first Amazon union in the U.S.

As the voting period continues to unfold, some outside the Retail, Wholesale and Department Store Union (RWDSU) — which is the labor organization that these Amazon workers would join if the vote passes — have moved to support the effort. UComm Blog, a pro-union outlet that appears to be the source of the #BoycottAmazon hashtag, urged people to not cross the “virtual picket line,” meaning no Amazon, no Prime, no Prime Video, no Twitch, no Goodreads.

It’s important to note, though, that this call for action isn’t coming from inside the union. An RWDSU spokesperson confirmed as much to Mashable in a Sunday phone call.

Boycott or not, this ongoing vote and the efforts to make it happen represent a critically important moment for union activists. Should the Bessemer’s unionization effort prove successful, other Amazon workers could follow suit.

“This is the most important election for the working class of this country in the 21st century,” Rep. Andy Levin (D – MI) said to workers in Bessemer on Friday. “This is the biggest election in the South in a generation.”

Amazon, meanwhile, has seemingly done everything within its power to squelch the unionization effort. Beyond the predicted barrage of anti-union messaging, Amazon reportedly even went as far as lobbying local government to change traffic signals to stop pro-union workers from canvassing at red lights.

“When it comes to this union busting, it’s severe. We’ve never seen anything like it on this level,” Joshua Brewer, an organizer with the Retail, Wholesale and Department Store Union, told The Guardian in an interview.

A fair number of folks posted online about the #BoycottAmazon movement.

7-day Amazon boycott starts today.
Do you stand with @BAmazonUnion in Alabama or not?

No Amazon Prime or Fresh.
No Audible, Twitch, Whole Foods or Imdb.
Turn off your Echo, Alexa, and Ring Doorbell for ONE WEEK.

Can you stand in solidarity with workers?#AmazonBoycott

Respect the #AmazonBoycott picket line all this week. Aside: it’s not hard…I’ve boycotted Amazon for two years, if you live near any urban area, consider ridding yourself of the Amazon addiction—plan and, then, go patronize your local store #UnionStrong pic.twitter.com/zHK94gZDCg

“From March 7th- March 13th, everyone is being asked to not use Amazon or Amazon Prime and do not stream videos using the Amazon Prime video service.” https://t.co/M8YamV5n4N

Amazon has long been subject to accusations of creating grueling and even unsafe working conditions in its warehouses. Evidence has shown injury rates can be quite high in those locations. In one instance, a co-worker alleged, a man died of a heart attack but didn’t receive care for 20 minutes after collapsing.

The planned boycott started on Sunday and runs through March 13.

UPDATE: March 7, 2021, 5:03 p.m. EST An earlier version of this story offered a murky picture of RWDSU’s involvement in the boycott action. Mashable has since confirmed that this is a consumer-led effort that didn’t originate with the union. If you want the most accurate picture of how Amazon worker efforts to unionize in Alabama are proceeding, the labor organization’s Twitter feed and official website are your best places to start.

With additional reporting by Adam Rosenberg.

Posted by Republic Desk - December 21, 2020 0
A soldier of the Pakistan Army has on Sunday embraced martyrdom after fighting off terrorists near in the Jatt Bazar…

Posted by Republic Desk - May 4, 2021 0
US biotech firm Novavax said Monday it had started clinical trials of its proposed Covid-19 vaccine on children, in a…