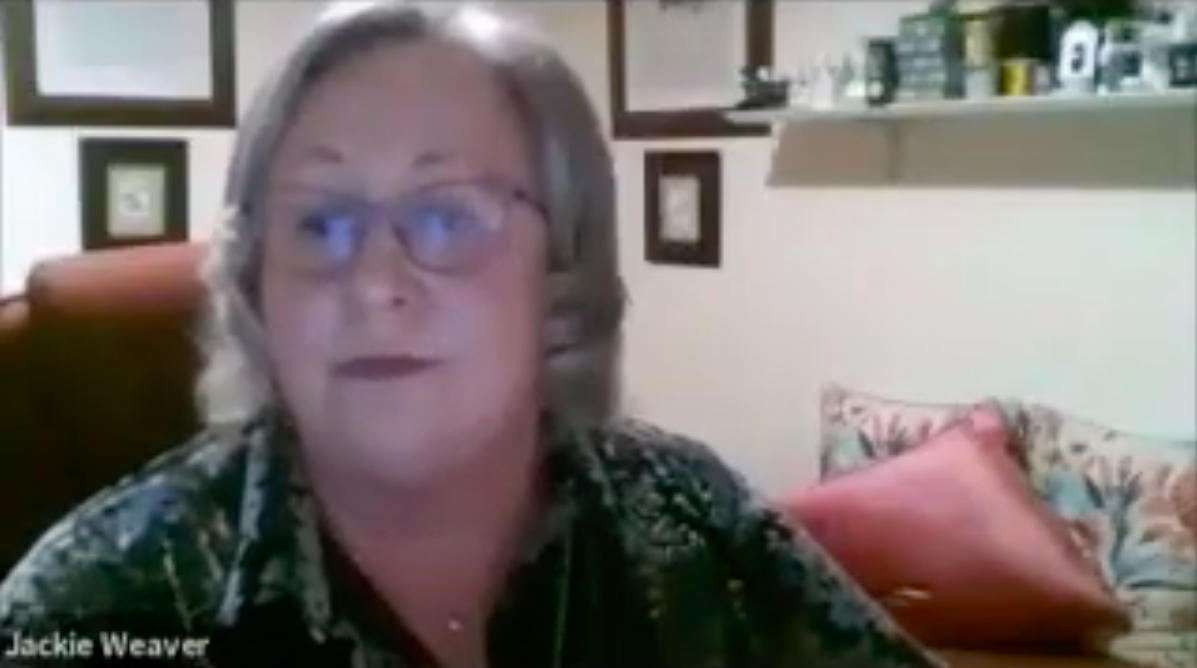 You might not have thought a local English council meeting would be your essential viewing this week, but here we are.

On Thursday, footage of a chaotic Zoom call from Handforth Parish Council’s Planning and Environment Committee in Wilmslow, Cheshire, went viral on Twitter, racking up 3 million views and proving definitively that just because a meeting has the words “planning” and “committee” in its title, doesn’t necessarily mean it’s going to be dull.

We could try to set the viral clip up a little more, but frankly it’s best if you see the thing yourself first:

Who is Jackie Weaver, and how did she become such a maverick? Who exactly did she kick out of the Zoom? Was the meeting legal? Why is everyone so angry?

To get to the bottom of this mayhem we must first turn to the official minutes of the Dec. 10 committee meeting, all of which are helpfully available on Handforth’s website (along with a full recording of the 42-minute Zoom call itself).

The minutes themselves are four pages long, but the bolded introduction at the start provides some crucial context:

“This meeting was duly called by two councillors following the refusal of the Council Chairman to call such a meeting.

As the Chairman of the Council (Cllr Tolver) was present he was invited to take the Chair.

Cllr Tolver refused to recognise the legitimacy of the meeting and proceeded to disrupt the proceedings.

He was again asked to proceed with the meeting but continued to act in a disruptive and aggressive matter and was therefore removed from the meeting and put into the virtual waiting room.

Cllrs Brewerton and Burkhill behaved in a similar manner and were also removed to the waiting room.

In the waiting room they were advised that they would be welcome to re-join the meeting if they ceased their disruptive behaviour. There was no response.”

So in a nutshell, chairman Brian Tolver and councillor Aled Brewerton (the one who unnecessarily screams about standing orders in councillor Barry Burkhill’s Zoom frame) were getting angry and combative about the meeting’s legitimacy and clerk Jackie Weaver (who may well be the Leslie Knope of Handforth) used her power as Zoom meeting organiser to boot all of them into the platform’s waiting room.

You can watch the whole thing play out in real-time via the link above, or you check out the edited highlights that have been helpfully shared on YouTube (featuring an all-important cameo from “Julie’s iPad,” some mumbled swearing, awkward muting issues, and Weaver once again claiming the spotlight by jokingly telling the others to refer to her as “Britney Spears” nine minutes in, as retaliation to Tolver’s earlier decision to set his Zoom title to her title of “clerk”):

It really is something, isn’t it? Mashable has reached out to Handforth Parish Council for comment.

As you might expect, the footage has led to memes aplenty.

The lesson? In the age of video calls, it doesn’t matter what your title is, or what the rules are. True power lies with the organiser of the Zoom meeting.

WATCH: Here are some private video chat alternatives to Zoom

Posted by Republic Desk - January 25, 2021 0
Key Points: – Media Fraternity has been protesting since months over the illegal appointment of Chairman PEMRA– Petition filed by…

Posted by Republic Desk - April 30, 2021 0
Special Representative to the Prime Minister on Religious Harmony, Maulana Tahir Ashrafi has appealed the masses to observe Friday as…

Zimbabwe to host Pakistan for two Tests and three T20Is

Pak-Afghan border near Chaman is re-opening for trade

Posted by Sobia Umair - August 12, 2020 0
CHAMAN: The Pak-Afghan border crossing at Chaman reopened for trade on Wednesday,  after it was closed in late July following…